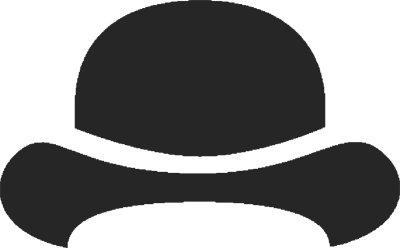 MY DAILY ACCA
LOAD IT HERE
Please Gamble Responsibly, 18+ Only

Here’s my daily acca! My research is just below and if you like what you see then get my acca above! 18+, Please Gamble Responsibly.

Both of these teams have been in blistering form recently and have scored plenty of goals while picking up points. Jong Ajax have won six of their last seven and Almere City are the only team in the division yet to suffer defeat this season. There have been three goals or more in each of Jong Ajax’s matches so far this campaign and they have scored 14 in their last five games. Previous competitive matches between these two sides make for very encouraging reading. The last 10 have all produced 3 or more goals and the last time the 3 goal mark was not reached was in 2014.

Graafschap have been in fine form this season both in terms of goal scoring and picking up points. They currently sit third in the league table and have been virtually faultless losing just once and drawing the same amount.The visitors are currently unbeaten in their last six games and have scored two or more goals in seven of their eight league games this season.Oss endured a tough start to the season but their form has picked up a lot in recent matches. They have two wins, two draws and a loss in their last five matches and only three of their eight matches this season have seen less than three goals.

Reading have begun their campaign in strong form and I expect them to continue that run today. They sit top of the Championship table and are yet to be beaten. With seven wins and one draw today’s visitors have opened up a six-point gap at the top and face a struggling Coventry side.The home side have won just one game so far and have lost four of their last six matches. Having conceded 16 goals and scored just six I expect them to be on the wrong side of the result against a Reading team that have scored the second-highest amount of goals this season and conceded the least (3).I’ve added the Draw No Bet selection for a little extra insurance should the home side put up a strong fight. At these odds that definitely looks worth it.

In Serbia Vojvodina are hosting a struggling Backa side and this should be a straightforward victory for them should they keep up the form that has seen them rise to second in the Super Liga. The home side have won four of their last five league games and in each of those there has been 2 or more goals. In fact, in 11 of their 12 league matches at least two goals have been scored. Backa are just 2 points off the bottom of the table and have been in pretty dreadful form results-wise. They have only won once this season and have lost four of their last five matches.

Gamble Aware will help you to find out more about gambling and what responsible gambling means, to understand and recognise problem gambling, and show you where to go for further information, help and support should you need it.